Goalball is a completely unique, dynamic team sport of skill, speed and accuracy for men’s and women’s teams.

A game for people with visual impairments, players try to score goals by quickly and precisely firing a 1.25kg ball across the court and defending shots from the opposing team using their entire bodies, throwing themselves to the floor in the right position.

At the Paralympic Games, the ball has been measured leaving a player’s hand in excess of 60 kilometres per hour (37 mph).

Players wear eyeshades to ensure a level-playing field where athletes with complete blindness compete with and against those with less severe – but still acute – visual impairments. The ball contains several bells so that players can locate its position. In addition the goalball court is marked with raised lines so that players can feel their location at any time.

To ensure that players can hear everything that is going on and properly absorb the intensity of the atmosphere, spectators must be completely silent during play.

Each team has three players with a maximum of three substitutions throughout a match. Games are split into two 12 minute halves and are played on a court that is 18m x 9m wide. Goals span the width of the pitch and each team member must stay in their half. 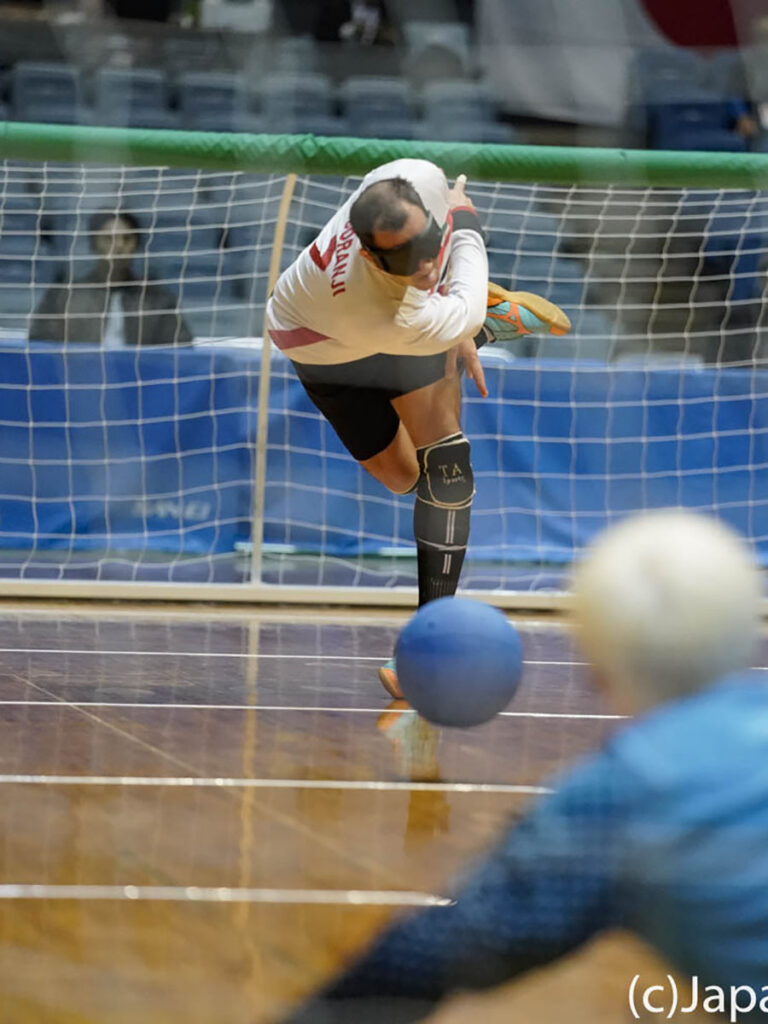 The ball must hit in the player’s own landing zone, and anywhere in the neutral zone. So long as it hits each zone, the style of throw is entirely up to the player.

Each player has a unique technique when it comes to throwing – some even release the ball between their legs with their back to their opponents. Most elite players are effective when using multiple types of throws.

A goal is one point and is scored when the ball completely crosses the goal line. The team with the higher score at the end of regulation time is the winner. If regulation time results in a tie, two three-minute overtime periods are played, for a golden goal.

If a goal difference of ten is reached during regulation time, a mercy is called and the leading team is declared the winner.

IBSA Goalball is the global governing body of the sport responsible for rules, development, anti-doping, promotion and the competition calendar.

Men and women play separately at IBSA Goalball sanctioned-competitions, but some play together for training and more local tournaments. 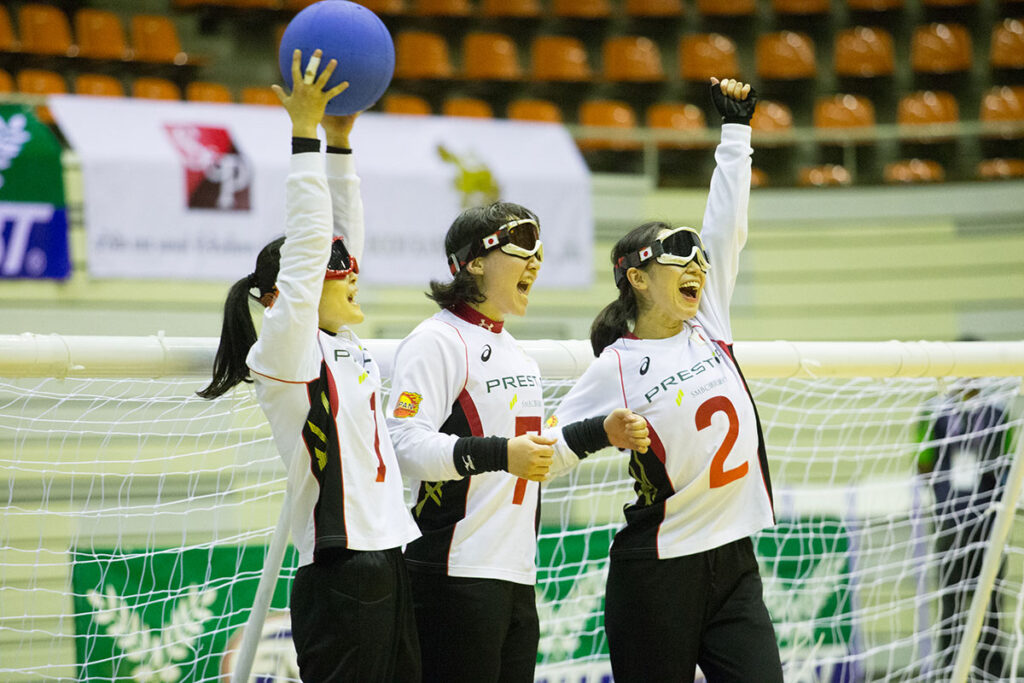